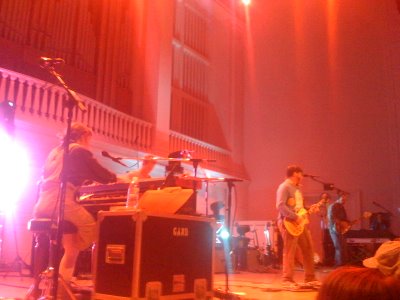 No band I’ve ever seen has more fun on stage than the Decemberists. I’ve seen them four or five times over the last couple of years, and it’s always obvious that they are having an absolute ball. I had the chance to see them twice over this weekend, at Wheaton College on Halloween and then the next night at University of Chicago.

The Halloween show was a classic. It opened with a reenactment of “The Shining,” with singer Colin Meloy pedaling a Big Wheel onto the stage to be met by the creepy twins of drummer John Moen and bassist Nate Query (whom Meloy noted were likely the first two cross-dressers ever to appear on stage at famously conservative Wheaton College’s Edman Memorial Chapel). 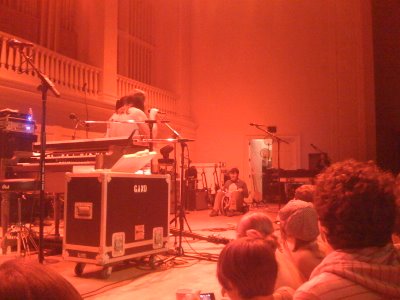 With a setlist tailored to the evening, the highlight of the night was a version of “Shankill Butchers” featuring Jenny Conlee playing the chapel’s massive pipe organ. If you listen to the recording, you’ll hear the band launch next into “Culling of the Fold,” but I wasn’t able to record the whole thing, since during his frenzied stalking of the stage, Meloy reached out and grabbed my iPhone as I was trying to take a picture of him (my wife made me promise I’ll never wash it again). 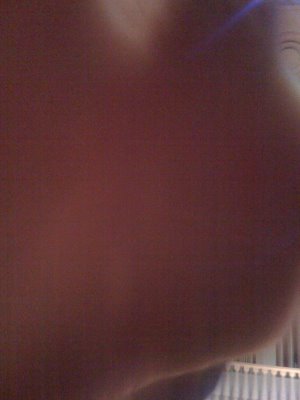 The following night’s show was a bit less inspired — maybe it was the crowd of “Where Fun Comes to Die” students, or maybe it was just that we had to sit for part of the show instead of being right up at the front of the stage — but it was still great. The highlight of the U of C show was when Meloy grabbed a fan’s video camera and created an on-the-fly Public Service Announcement (the PSA starts about 5 minutes in). And they finished with a rousing — and inspiring — version of “Sons and Daughters” that had everyone in the crowd singing along.

2 Replies to “Concert Review: The Decemberists”