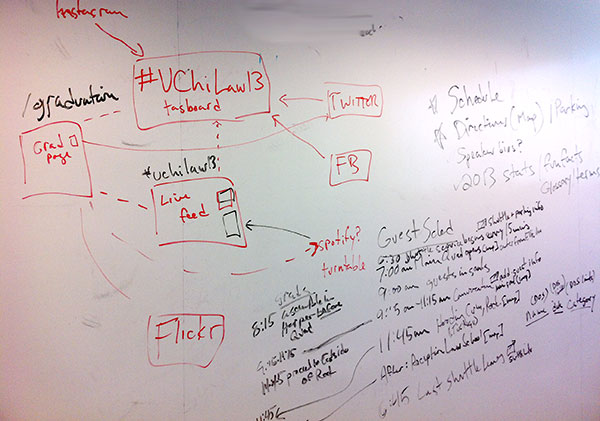 (Cross-posted at the University of Chicago Law School Electronic Projects Blog)
The Law School has had a robust social media presence for quite a few years now, but we’ve never really attempted to do a full social media offensive for an event like graduation. Mostly, this is due to the fact that our staff is so small that graduation is an all-hands-on-deck sort of event, so having anyone devoting themselves to social media during the ceremony is a luxury we can’t really afford. This year was no different, but, inspired by stories I heard at HighEdWeb Michigan of some of the commencement social media wins pulled off by other institutions, I decided it was time to take on the challenge anyway. By most every measure, we had a fairly successful go at it, especially considering the dearth of resources that we had to throw at the task (the sum total of which was basically my iPhone and me). Here are some things I think we did right:

So what do you think? Did we try to do too much? Too little? How can we improve the social media experience for next year’s graduation?